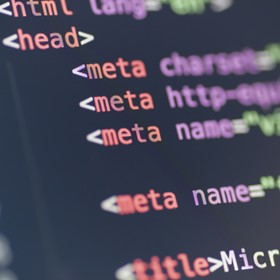 When you’re the co-founder of a nonprofit like Code.org, audiences assume your message is that kids need to learn code. In that respect, Hadi Partovi doesn’t fit expectations. His message in his EdTekTalk was wider: Schools should teach computer science, and not just as an after-school activity.

Partovi points out that every student learns what the inside of an animal looks like, how a light bulb works and basic theorems of math. In the 21st century, it’s equally fundamental to learn how an algorithm works and how to navigate the internet. This isn’t just an educational problem to solve, he insists. America’s untapped economic opportunities are at stake.

Partovi is tangible proof. He and his twin brother grew up in Iran, where they spent a chunk of their childhood hiding in their basement, hoping not to get bombed. His world changed the day his father brought home a Commodore 64 computer and a manual so the boys could teach themselves how to write games and programs on it.

When the Partovis moved to the United States, Hadi was far ahead of his peers. While other 14-year-olds were busing tables, he was already landing jobs as a computer programmer.

“I was on my way to living the American Dream,” he said — an ideal he defines as fulfilling one's potential.

But these days, technology affects all fields, including truck driving, agriculture and even burger-flipping. He pointed to the fact that the construction industry recently tested a robot that can lay bricks faster than a human. And technological change will only continue to speed up.

That’s why the question for educators, Partovi said, is how to adapt and react to the many changes in the world around us. It starts, he insists, by throwing out these common misconceptions:

1. Computer science education is on the rise.

In reality, it’s merely recovering after a 10-year decline. And the number of women involved in this field is half what it was a decade ago, so the United States has been going backward despite growth opportunities in this space.

2. The tech industry is desperately trying to hire computer programmers in California.

Give this one the Bronx cheer. The reality is that every industry everywhere is hiring computer programmers. Goldman Sachs hires more software engineers than LinkedIn, Twitter or Facebook. There’s a half-trillion dollars in wages on the table in salaries of $80,000 or so per job.

3. Computer science is about technology.

It’s about so much more. Logic, problem-solving and creativity all go into this skill.

Actually, for future generations, it’s foundational — just like biology and algebra, Partovi said. Even farmers rely on coding to figure out how data affects climate, seeds and soil today.

The good news is that education has always risen to the challenge, and it can again. Check out Partovi’s entire EdTekTalk below to learn more about his Code.org’s Hour of Code grassroots movement and how it has resulted in 120 million hours of student computer programming practice in just two short years.