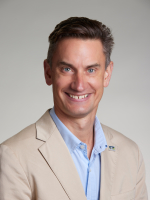 Nick Kind is a Managing Director at Tyton Partners, where he leads their activities outside the USA and co-leads their impact practice. He has worked in strategy, investment, corporate development and digital product management for over 20 years, with the vast majority of his time spent in the education sector. Until mid-2016, Nick was Head of Business Insights for one of the largest media organizations in the world, the Holtzbrinck Publishing Group, where he managed a thought leadership, market intelligence and internal strategy consultancy team for the board. His work in learning has covered all age groups from “Pre-K to grey” and a wide range of geographies and contexts across the world.

Previously, Nick imagined, created and managed a series of high-profile and cutting-edge software development companies and projects in education markets across the globe, including co-founding a startup which raised £3m of venture capital in the 2000 “dot-com” boom and survived, executive producing major digital learning projects for the BBC, and putting the Complete Works online for the Arden Shakespeare.

Whenever possible, Nick undertakes projects which seek to create social impact as well as, or instead of, financial return. Nick has worked with investors, family offices, governments, businesses of all sizes, foundations, not-for-profits and charities.

Pro bono, Nick also advises the charities Big Change and the Ellen MacArthur Foundation and serves on the advisory board of The EDUCATE Accelerator Programme. He also acts as a mentor for NHS Clinical Entrepreneurs, and is very proud that he helped the genesis of Big Change’s Reimagining Education Together campaign.

Nick is based in the UK and also a husband & dad; and fan of the outdoors, good food, culture and the world’s diversity.

2022 ISTE Board of Directors