All educators should be prepared to incorporate assistive tech 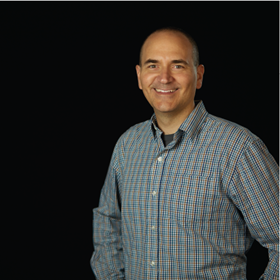 By age 3, most children are expressing themselves using complex language structures. They’re using hundreds of words, combining words and using prefixes and suffixes to change meanings. These children are also using language to make requests, comment and even protest.

By 3, if a student isn’t using verbal speech as their primary form of expression, it’s time to seek intervention. The result of multiple assessments, meetings and discussions may lead to implementing a device to help the student learn to use language. This approach is called alternative or augmentative communication (AAC).

Not long ago, AAC devices were unsophisticated, consisting of static arrays with limited vocabulary. Today, touchscreen devices with robust language systems and access to thousands of words are becoming the norm.

As we continue the march toward inclusive practices, the day is coming when you’ll be the educator responsible for designing educational experiences for a student who uses an augmentative communication device. Although there may be support from a special education teacher, speech language pathologist and (hopefully) an accessible design coach, it will still fall to the general educator to design lessons.

Here’s how you can help students succeed:

Believe they can. There’s no better way to ensure failure than believing a student can’t learn what you’re trying to teach them. You must believe that someday with the right tools, training and enough time, the student will eventually use the device to say whatever they want to say whenever they want to say it.

Now might not necessarily mean forever. Research shows that the implementation of a communication device doesn’t impede the development of verbal speech. If a student is going to eventually use verbal speech as their primary form of expression, the device acts like a catalyst, increasing the verbal speech acquisition rate. For some students, there may be a day when they no longer need the device, but if they do need it forever, the sooner they have it and the more they use it, the better chance for learning language.

• Instructional modeling where the communication partner explicitly attempts to teach a word to a student by pointing to and using that word. For example, looking at a toy elephant, the educator might use the device to say, “Big. It is big.” And then verbally say, “You say it. Show me ‘big.’” while pointing at the word on the device.
• Naturalistic modeling where the communication partner attempts to have a natural conversation. The educator might use the device to say “It’s big! I like it! Do you?” To which the student might respond by saying, “Big” or “Yes.”
• Descriptive modeling where the communication partner narrates what they are doing with no expectation of a response. For example, the educator might say, “It’s big. It’s Gray. It’s hungry. I’ll feed it. He likes it.”

Implement a version of the system for everyone. The vocabulary on most AAC systems consists of frequently used words, known as core vocabulary. AAC devices provide people an opportunity to learn these words in an organized and visual way. The more people, including other students, provide modeling by using the student’s communication system, the better.

Peers interacting with the student using the same system not only helps the student who needs the device, but reinforces the spelling, meaning and structure of the words for everyone. Some educators use the home screen from a communication device as an instructional tool for teaching language, vocabulary, spelling and reading to everyone!

For instance, every student in the class might get a laminated version of the home screen of a student’s system to use for modeling and to learn sight words. Some educators also display large versions of the home screen on interactive whiteboard to integrate into whole- or small-group reading activities.

Ask to be coached. Successful implementation of an AAC system is akin to learning a second language. It takes time, dedication and practice. Seek out opportunities to learn more about AAC implementation. Self-directed and selfinitiated learning is a start, but to accelerate the process of learning to implement an AAC device, ask to be coached using a systematic plan.

The essence of learning language is to make and maintain deep relationships with others. Helping another achieve that ability can be even more gratifying than teaching someone how to read, write or do math. When you help a student who uses an AAC device learn language, you’re giving a gift that lasts a lifetime.

Christopher Bugaj is a founding member of the Assistive Technology team for Loudoun County Public Schools in Ashburn, Virginia, and an ISTE book author. He hosts the award-winning podcast a.t.tipscast; has presented over 200 sessions at local, national and international events; and has designed and taught online courses on assistive technology.