Partner to amplify advocacy efforts at the highest levels 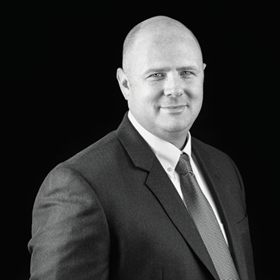 When efforts to streamline teacher licensing in Massachusetts recently took an unexpected turn, a cadre of organizations, led by ISTE affiliate MassCUE, united to support educators. This effort is an amazing example of how partnerships in the education community can have a real and lasting effect at the school site level, and on teaching and learning.

It all started in 2017 when the Massachusetts Department of Elementary and Secondary Education (DESE) attempted to streamline teacher certification. One aspect of that update was the elimination of the instructional technology specialists (edtech teaching) license. The net effect: Classroom teachers would no longer have onsite assistance with tech integration.

That’s when MassCUE stepped in to create a partnership among education organizations, including theMassachusetts Association for Supervision and Curriculum Development (MASCD), the Massachusetts Educational Technology Administrators Association (METAA) and Lesley University to head off what all agreed would be a terrible outcome.

MassCUE’s Influence and Advocacy Committee, along with the Massachusetts Teacher’s Association (MTA), drafted a letter outlining the importance of the instructional technology specialist license and describing the impacts the loss of this license would have on the state’s educational technology initiatives, including 1:1 learning and personalized learning. The letter also explained the role the license plays within higher education preparation programs.

This letter became the basis for speaking points sent to the Massachusetts Board of Education and was posted to multiple websites and shared through social media.

As the sharing and discussion evolved, MassCUE and METAA created a survey to gather data on the role of instructional technology specialists and to crowdsource potential questions about the changes to the licensing.

The data from the survey and the crowdsourced questions became the focus of an advisory day in April, hosted by MassCUE, where DESE responded to concerns and answered myriad questions.

As it turned out, in advance of the planned advisory day, DESE had already decided to preserve the instructional technology specialist license instead of changing it into a teaching license.

In the end, thanks to the collaborative efforts of all of the education organizations, the license was saved. Over the past year, an updated version of the license was rolled out that bridges the role of  instructional technology specialists with computer science teachers, benefitting all learners.

The effort to save instructional technology licensure in Massachusetts is proof of the strength in numbers that emerges education organizations partner for the common good.

How Education Leaders Can Build Capacity for Digital Teaching and Learning

As the rate of COVID-19 vaccinations accelerate, increasing numbers of students are returning to in-person classrooms. With the end of the global pandemic on the horizon,…

Working as an instructional specialist in Richmond, Virginia, Jorge Valenzuela knew his mission was to help other educators elevate their work. But it wasn’t until he spoke in front of the U.S. Senate that he…

As states and districts continue preparing for the upcoming school year, national data reveal the critical need to support educators’ capacity to deliver effective and equitable online learning experiences. For example, a…