When it comes to advocacy, don't wait, don't whine work! 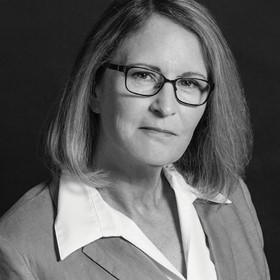 When it comes to advocacy at the state level, who among us hasn’t been guilty of simply waiting and whining?

Even when combined with sporadic email blasts, occasional legislative visits and Oliver Twist phone calls, it’s a losing strategy. As it turns out, to get any significant funding, you need to advocate with the same level of passion, smart thinking and teamwork as you would when re-establishing your network after a hurricane.

Still suffering the effects of the recession, AETA acted quickly to support the bill. We presented the sponsors with an award and talked it up on our annual trek to the state house. Then, we quietly returned to our busy jobs and waited. When the bill passed, but the state refused to issue a bond, we whined.

In 2014, with no funding in sight, we quit waiting. We deconstructed the bill and rewrote it, eliminating the language that was keeping it from being funded. The new version prioritized wireless over devices, stayed vendor-neutral, guaranteed every district its fair share of the funding and cut the cost in half.

We prepared for public hearings and legislative visits by gathering our own data and publishing a status report on wireless statewide. We researched cost models, proving that the project was doable at half the cost.

To this we added Alabama Speak Up survey results, showing that wireless was a top priority for teachers, parents and students. At our October conference, we held closed-door sessions for technology directors, hashing out our differences and working on messaging. Once we reached consensus, we sought out partners.

Our most valuable ally was the state superintendent’s association. The association added the bill to its legislative priorities and identified a state representative to sponsor it. Over the course of the campaign, many other organizations lent their support. Some we recruited, like the state superintendent, the state business council, the supercomputer authority and the governor’s office for broadband initiatives.

We even reached out to the state student government association. Others just piled on as they learned about the bill. These included the teachers’ association and the state association for school boards. Who doesn’t like wireless?

Through public hearings, individual meetings and infographics, we made sure every lawmaker would find a reason to vote “yes.” When E-Rate modernization happened right in the middle of the legislative session, we cut the bill even further to $15.5 million. In Alabama, where the average discount rate is 80 percent, this meant we could leverage up to $62 million from federal coffers. This made the bill, and us, even more popular with lawmakers.

The bill passed with zero “nays.” Alabama is now on the verge of every single public school having full wireless connectivity. As for the adage, “Good things come to those who wait,” when it comes to advocacy, that’s bunk. If you want something, don’t wait, don’t whine – work.

Susan Poling is the executive director of Alabama Leaders of Educational Technology.

How Education Leaders Can Build Capacity for Digital Teaching and Learning

As the rate of COVID-19 vaccinations accelerate, increasing numbers of students are returning to in-person classrooms. With the end of the global pandemic on the horizon,…

The 2020 campaigns leading up to Election Day 2020 have been contentious, and the issue of how to ensure safe and effective student learning during the ongoing pandemic has been a flashpoint. By and large, President Donald Trump and Congressional Republicans have pushed to reopen schools in-…

Working as an instructional specialist in Richmond, Virginia, Jorge Valenzuela knew his mission was to help other educators elevate their work. But it wasn’t until he spoke in front of the U.S. Senate that he discovered his purpose in life.

In 2017, not long after participating in an…