9 Resources for Teaching About Slavery 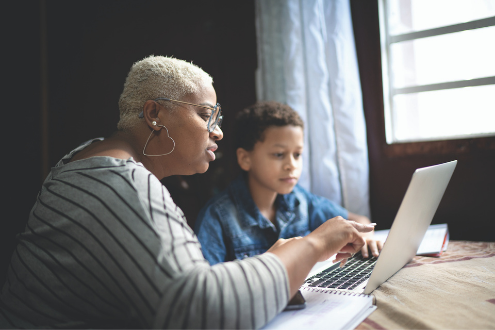 A report by the Southern Poverty Law Center’s Teaching Tolerance project recently found that only 8% of high school seniors surveyed identified slavery as a central cause of the Civil War and two-thirds didn’t know that it took a constitutional amendment to end slavery. The report also found that slavery is often sanitized and sentimentalized in classrooms through “feel-good” stories such as the Underground Railroad. It is a stunning study that demonstrates a widespread failure to teach the difficult and nuanced history of our nation.

In a preface to the report, Hasan Kwame Jeffries said, “To achieve the noble aims of the nation ’s architects, we the people have to eliminate racial injustice in the present. But we cannot do that until we come to terms with racial injustice in our past, beginning with slavery.”

The resources below offer more honest and impactful ways to confront our painful shared history.

Ava DuVernay’s documentary 13th about the prison system in the United States draws a line that starts with chattel slavery and leads to today’s inequities in the justice system. It is intended for mature audiences so be sure to preview it before playing in a classroom.

The New York Times’ expansive 1619 Project reframes the history of our country from the perspective of African Americans, focusing on their contributions, beginning in 1619 when the first enslaved Americans arrived on our shores. The project offers a podcast, a visual history of slavery and lesson plans created in conjunction with the Smithsonian’s National Museum of African American History and Culture, Learning about Slavery Through Primary Sources.

Last Seen: Finding Family After Slavery is a database that recovers the stories of families separated in the slave trade. Students can take on a project by helping transcribe the ads, and the website offers ideas for how to use the stories in the classroom. Similarly, Lost Friends Messages is a searchable database of more than 2,500 advertisements placed by freed slaves seeking lost loved ones after the Civil War.

5. Slavery in America: A Resource Guide

The Lincoln collection includes 20,000 documents, such as the Emancipation Proclamation, Abraham Lincoln’s notes on the history of the African slave trade, and the plan Frederick Douglass shared with Lincoln for helping slaves escape from rebel states.

The Smithsonian’s National Museum of African American History and Culture’s Talking About Race project dives into how the colonies defined race as a social construct to keep people enslaved. The site includes definitions of chattel slavery,  indentured servitude, Dred Scot, as well as several short videos, including a CrashCourse .

PBS Learning offers several short documentaries from American Experience, as well as lesson plans, links to primary resources, and teacher’s guides. Topics include the abolition movement, the Emancipation Proclamation and an examination of Lincoln’s complicated relationship with slavery.

The Southern Poverty Law Center’s Teaching Tolerance project features a comprehensive Framework for Teaching American Slavery, including resources and guidelines for teachers. The framework provides a list of key concepts and more than 100 primary source texts as well as a set of sample Inquiry Design Models, questions that guide students through an analysis of primary sources.

The Teaching Hard History Podcast is produced for teachers. Topics include Slavery in the Supreme Court, Slavery and the Northern Economy and Slave Resistance, with each topic explored by one prominent history scholar.

For a deeper understanding of the 13th Amendment, take a look at the Interactive Constitution by the National Constitution Center. The project details the common interpretation of the amendment as well as matters of historical debate. The Constitution in the Classroom framework provides videos and questions broken down by grade level. If your class is ready for a deeper discussion, you can sign up for a classroom exchange that will connect your classroom with another and an expert moderator.

Jennifer Snelling is a freelance writer from Eugene, Oregon, and mom to two digital natives.

9 Resources for Teaching About Slavery

The Innovator Solutions section includes contributions from corporate sponsors and advertisers representing education organizations, businesses, policy-making bodies and other influencers dedicated to transforming education. This blog post was provided by…

Imagine you’re a seventh grader researching the history of segregation in the United States. Your teacher wants primary sources. You visit the Library of Congress website and type in “segregation.”

Your query returns nearly 10,000 results. Narrowing your search to “segregation in the…