VR Storytelling Puts Students in the Shoes of Black Americans 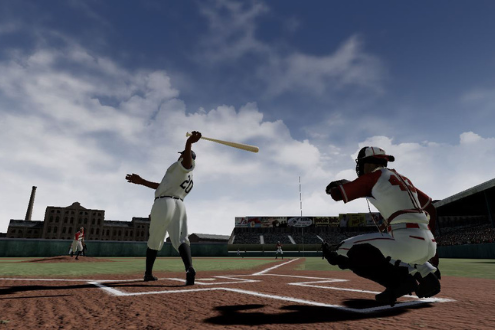 When teaching kids about empathy, it’s easy to fall back on dusty idioms — like that gem about walking a mile in someone else’s shoes.

Derek Ham has a better idea.

Through funding from Epic Games and partnership with the Negro Leagues Baseball Museum (NLBM), the department head of art and design at North Carolina State University is recreating key moments from African American history in virtual reality, allowing users to experience the civil rights movement through the eyes of a Black person in the 1950s and ’60s.

Using a technique known as embodiment — replacing the user’s real body with a life-size virtual one — Ham’s interactive VR experiences provide an incredibly detailed first-person window into what it might have been like to play ball in the Negro Leagues or witness events leading to the assassination of Dr. Martin Luther King, Jr.\“I rely heavily on the first-person experience through the use of embodiment,” Ham says. “Embodiment gives you a 1:1 relationship, making you feel like you are a person back in that time. You don’t have their thoughts or their lives, but for a moment you look down at your hands and you are that gender, that ethnicity.”

His initial VR project, “I Am A Man,” was funded through the Oculus Launch Pad program, which sponsors VR creators from marginalized communities. The award-winning immersive storytelling experience recreates scenes from the 1968 sanitation worker’s strike in Memphis — including King’s room at the Lorraine Motel, where the civil rights leader was assassinated the day after delivering his “I've Been to the Mountaintop” sermon.

“We have all these different media genres: books, documentaries, film reenactments, all these different touchpoints where we can use media to go back and examine the past,” says Ham, who studied photos, recordings and other artifacts from the era to make each scene as vivid and realistic as possible. “What does VR do differently that we don’t already have? Well, you can go to Memphis now, but you can’t see it as it was in 1968. The Lorraine Motel, it’s a museum.”
In Ham’s VR version, however, “you can go to Memphis in 1968 and look down your hands and realize, ‘I’m the Black person.’ ”

His subsequent project, “Barnstormers: Determined to Win,” continues to highlight the theme of racial segregation, this time with a more celebratory tone. Users enter the game as a professional baseball player in the NLB, where they can face off against legends such as Satchel Paige, Josh Gibson, and Buck O’Neil while also grappling with the struggles Black players faced in the 1940s and ’50s.

“I think of VR as a really powerful tool,” Ham says. “When put in the right hands, and when people actually want to let the tool do its work, then it can open up your eyes and show you some things. If you want to understand more, it can take you to a level of understanding that no other media can.

“We don’t realize sometimes that we hold onto ideas or ways of working and doing that are unconscious. The type of VR work I do shines a light on that.”

As the technology continues to develop, Ham envisions even more immersive experiences in which users interact with AI or live actors in real time to create dynamic, unscripted scenes. But while VR can be a powerful tool for building empathy, he’s also acutely aware of its potential pitfalls.

“If we don’t have sensitivity to the cultures we touch, we could create horrible experiences where we’re losing authenticity,” he says. “Unfortunately, technology is evolving faster than we can rethink our policies. But put in the right hands — a historian or someone from a native culture who wants to talk about their traditions — virtual reality allows you to fully take users back in time and talk about it.

“Man, that is really powerful.”

VR Storytelling Puts Students in the Shoes of Black Americans

When teaching kids about empathy, it’s easy to fall back on dusty idioms — like that gem about walking a mile in someone else’s shoes.

Derek Ham has a better idea.

Years later and thousands of miles away, a group of sixth graders in St. Louis, Missouri, listened to…

Remember the feeling of sitting next to a fellow edtech enthusiast at the ISTE Conference & Expo and starting up a spontaneous conversation while the room hums with chitchat around you? Like many events and gatherings of 2020, the ISTE…