A book report your students will love 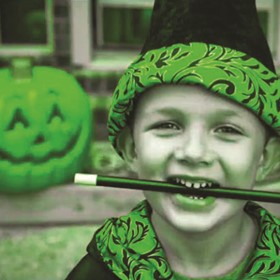 I wrote so many boring book reports as a kid that it nearly turned me off to reading altogether. That is, until my sixth grade teacher, Ms. Arnese, gave us an assignment that was different. For this book report, we — the students — would be in charge of how it was done. We were allowed to deliver it any way we saw fit. We could work in pairs, we could use props, we could sing, we could dance — the sky was the limit. I remember how my imagination began to work overtime as Ms. Arnese talked more about the assignment. I couldn't wait to begin reading so that I could begin creating.

I chose The Incredible Journey by Sheila Burnford, and it was definitely a page turner. I was really not a big reader at the time, but just the thought of being in charge of my learning inspired me to delve into the book with an open mind.

After finishing the book in one weekend, my book partner, Brian, and I set to work turning an old refrigerator box into a puppet-show theater and all the characters into wonderfully colorful stick puppets. We took a long piece of butcher paper and painted the background and attached it to two sticks so that our scenery was constantly changing during the show. We wrote the play and recorded it on an old tape player that we borrowed from my dad.

We performed our 20-minute blockbuster in class a month later and gave the performance of our lifetimes. We received a standing ovation and a big hug from Ms. Arnese (not to mention an A+ on the project), and I remember feeling proud — not because of the clapping or the grade, but because I knew deep inside that I had done something special.

Students today still cringe when they're told they'll be doing a book report. Teachers spend hours reading through their work, but best case scenario, the book report finds its way onto a bulletin board in the classroom where other students may glance at it on their way to recess.

For the past few years, I've helped third, fourth, and fifth graders create book trailers. For this project, I ask students to choose a book they've read recently and would like to recommend to the class. Some of the books chosen were Harry Potter and the Prisoner of Azkaban, Twilight, Warriors: The Sight, So B. It, and Elephant's Run. Then they create a synopsis, or overview of the book, keeping in mind what attracted them to it. The idea is to let the class know about the book without telling them everything.

Next, they create a storyboard using the table format in Google Docs. If your school doesn't use Google Apps, Pages or Microsoft Word also work. I also recommend Popplet on the iPad, which is a great mind-mapping, idea-generating app.

After the storyboards are complete, students begin gathering photos from flickrCC to represent the key elements in the book. I have students use flickrCC because all images on this site fall under the Creative Commons license and are free to use as long as they are cited. This is a lesson in itself, as most students believe that anything on the internet is free for the taking. As they are gathering their photos, they are also creating a photo citation page in Google Docs or Word so that they may give credit to their sources at the end of their movies.

To create the book trailers, we use iMovie or Windows MovieMaker. First, I have students import and arrange their photos, adding transitions between each scene. Next, they add titles to the beginning and photo credits at the end. Students refer to their storyboards to ensure that their trailers play out the way they've scripted them.

When the text is written and the timing is fluid, they import the audio. For this we use either the free audio tracks from within iMovie, or music from SoundzAbound, a royalty-free music library with a large variety of music selections. The songs and sound effects are divided into seven categories. Students choose the songs according to what tone is appropriate for their topic.

When the project is complete, we have a classroom viewing and eat popcorn. Afterward, we hand out awards, such as Best Trailer for a Biography, Most Dynamic Transitions and Most Suspenseful.

Viewing day is also a great time to reflect on what worked, the challenges and lessons learned. Students critique others' trailers with comments such as, "I never wanted to read that book until I saw your movie," or "I liked your transition between the second and third picture, but your timing was too fast on the text."

This also gets students excited about reading other books — books they may not have ever considered before watching the trailers. Students grade their own projects using a rubric that they get when I assign the project, and I grade them using a similar rubric.

Students also upload their book reviews to their classroom YouTube Channel and embed the videos into their blogs. This is where they reflect on what they have learned, as well as share their creations with a larger audience.

I don't know that my students will look back on this project 30 years from now and be filled with pride as I was, but I do know that they enjoy the process, are thoughtful and imaginative throughout the project and are glowing when their trailer is played for the class.

At the end of the process, students take away a one- to three-minute trailer containing details about the plot, characters and setting of the books they've enjoyed. They've inspired and excited their fellow classmates to pick up new books and try out different genres, they've brought stories to life using their imaginations, and they've transferred that creativity to an audio-visual experience for all to enjoy.

Keith Ferrell is an educational technology coach at Singapore American School. He has been a classroom teacher since 1996 and has taught everything from grades 2 to 12. He has always integrated technology into the curriculum, even back when he only had one Apple IIe for 34 fourth graders.

This is an updated version of a post that originally published on December 8, 2014.

“I was bouncing all around the room and it was getting overwhelming trying to keep up with that,” he said. “I needed to find a way to multiply myself.”…

I wrote so many boring book reports as a kid that it nearly turned me off to reading altogether. That is, until my sixth…

By now you’ve probably heard of personalized learning, which tailors instruction, expression of learning and…